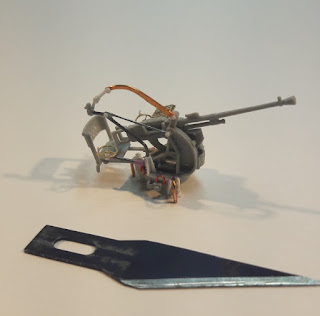 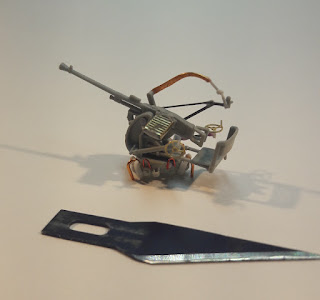 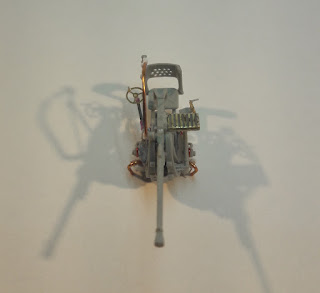 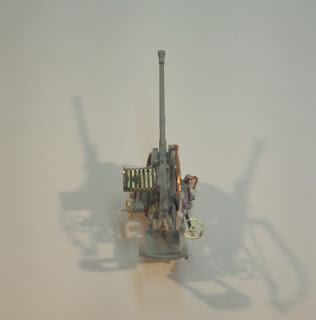 Working on the Breda Gun.
Mini chains are added to backboard. 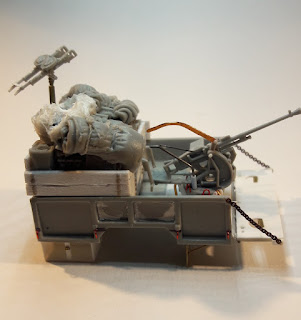 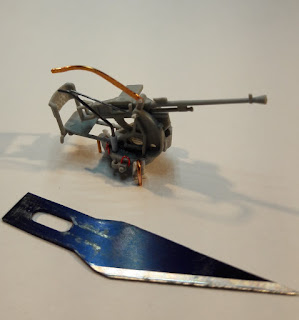 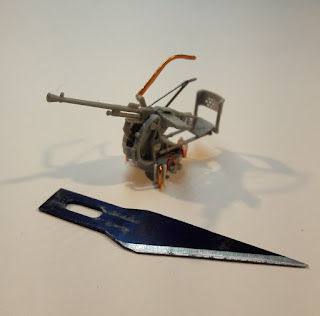 First try to put it on a diorama base : 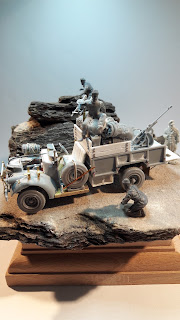 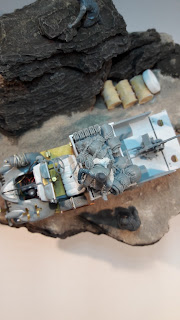 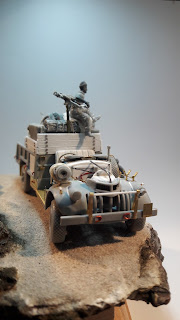 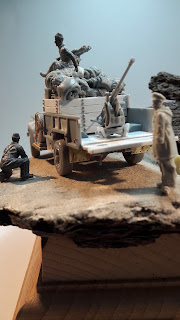 Small advance of the weekend, assembly of the Vikers and setting in position of one of the figures.
The wire is used to tighten it so that it fits perfectly on the camouflage net.

I still have work on the engraving of the arms and I would like this figurine to be in a sweater, it will also have to shape it. 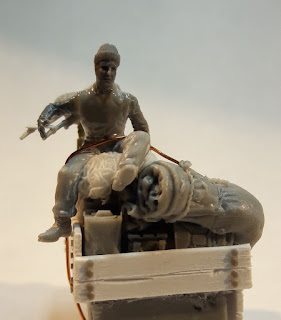 This is my new project.

Rhodésian Patrol S1, Qattara depression, July 1942
Return of supply mission of the SAS in escort of the heavy section.

In the last days of July 1942, Stirling has just acquired jeeps that he has just wrested from the Cairo command for his SAS troops.
He becomes more autonomous about the transport of his troops but is still in contact with the LRDG to guide and refuel.
Thus, it returns to the camp of Qattara to train with the jeeps to launch on July 26 a raid on Sidi-Haneish, a German base near Fouka.

In order to better prepare for this raid and the following, Stirling asks the LRDG to provide fuel, ammunition, supplies and water.
It is the heavy section of the LRDG commanded by Arnold that will handle the transportation. She will be under good escort of the Lazarus S1 patrol, one of the two Rhodesian patrols.

From Fayoum they will have to cross the Qattara depression to deliver the Stirling SAS.
Passing by a new route south of Qaneitra, this trip took a week back and forth.
This passage is narrated in Kennedy Shaw's "Desert Patrol".

It is here that takes place my truck armed with the Italian Breda gun of 20mm.
The scene will take place more precisely during the return of the convoy, in the morning in the depression of Qattara.
There is little information on Breda trucks, at least one of which was present in each half-patrol.
Thanks to various contacts of specialists (Special thanks to Ilian Filipov) and information on the web, I was able to determine with certainty only 3 registrations of Gun-Trucks.
Including one, the S6 of the Rhodesian Patrol S1.
These markings are not in any case, not those given in the decals of the Dragon model, completely false (As also those of most models of Chevy, 1/35 included)

So the S6 of my diorama must have the registration L4618819 and is of unknown name, if it exists.

The Gun trucks were usually loaded with a crew of 4 patrolmen.
In addition to the driver and the head of the vehicle on the front seat, imagine the little space left to the other 2!
Generally one was the servant of the Breda and the other was supplying or serving as gunner.
The composition of the crew is still in progress but normally I will use:
A miniature from the DDays Miniatures set (The officer),
Two transformed Caesars figurines
And a personal composition, if I can achieve what I want.

Opening the bonnet and scratching the engine (block from a CWT IBG).
Modification of the box to remove the radio compartment not present on the gun-trucks, which means suppression of the antenna poles and their supports.
Modification of the side boards used to raise the crate and gain carriage. The rear space on Breda must be cleared while the rear part must be raised to retain a carriage.
Opening one of the side chests under the box.
Changing the angle of the rear plate behind the front seat. It must be rounded and not flat in its lower part.
Opening of the back side and scratch of this one.
Modification induced by the Breda gun: reinforcements under the box at the frame and additional steel plate.
Modification of the Breda Dragon gun because it does not conform to those used by the LRDG. (The one in the model is rather the one used in the Sahariannas)
Replacement of spare wheel locations. Several locations visible on the few pictures of the gun trucks. For my part, I chose front step left and outside box right front.

Nothing is stuck yet and everything is fixed to the Patafix still
There is still a lot of work to be done. For the moment, I am working on the detailing of the Breda gun. 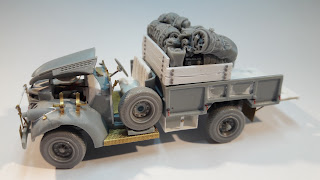 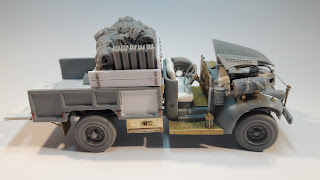 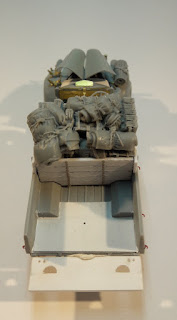 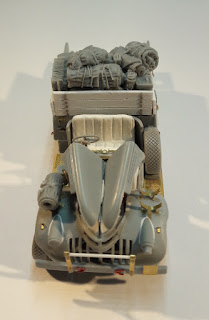 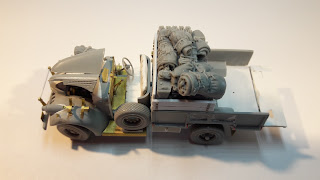 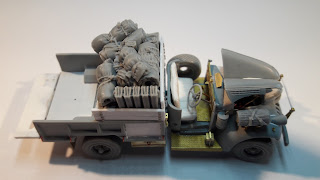 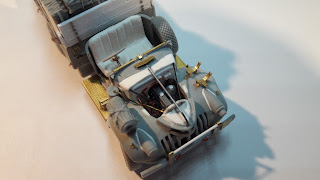 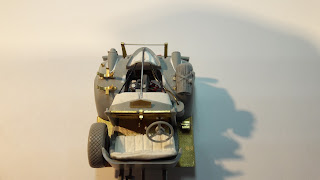